Dominia
Sorin's grandfather, Edgar Markov created vampirism on Innistrad thanks in part to the prodding of a fiendish figure called Shilgengar. Edgar inflicted his curse of vampirism on his grandson, Sorin, awakening Sorin's latent planeswalker spark.

Sorin was a planeswalker now, but he was also the grandson of the honored progenitor of the entire vampiric race back on his home plane. As the Markov bloodline spawned other bloodlines, Edgar remained the prestigious forefather of all vampires, and Sorin's "life" became like that of a royal.

Over the centuries, as vampires spread further into human lands, Sorin spent more and more time away from his homeworld, sometimes disappearing for years at a time. Vampires became disdainful of the race from which they had spawned, hunting mortal humans more and more boldly, and Sorin became distant from his own vampire-kind.

But Sorin always kept watch on Innistrad. From his world-hopping perspective, he could see the changes on the world of his birth. He saw that as vampires gained in power, the human villages were dwindling. Although he was no longer human himself, he saw the curse his grandfather had brought to the humanity of their world, and he saw that in time, they would be wiped out by the blood-feeders.

As a planeswalker, Sorin lived and traveled and fed his vampiric thirst for decades, and then the decades stretched into centuries. When he returned to Innistrad and saw the threat to life on Innistrad that vampires and other supernatural monsters represented, Sorin took action. He created the archangel Avacyn to safeguard humanity, providing both vampires and humans a way to subsist in the world.

Entire mortal lifetimes flitted by since the last time Sorin Markov returned to the world of his birth. He has spent bemused centuries roaming the Multiverse, stopping by Innistrad only when it suited his whims, his thirst for world-spanning travel enabled by his vampiric longevity.

But he returned to find his homeworld devouring itself. Avacyn's disappearance has not only endangered the humans of Innistrad, it has smashed a carefully-constructed balance between humanity and the creatures of the night. Sorin knew never to expect peace and harmony on this shadowed world, but he thought he had arranged a kind of effective equilibrium, a set of safety measures designed to keep one side of the scale from tipping too far.

But the prodigal vampire returns to witness his blood-feeding kin killing humans at will, werewolf howlpacks preying on the priests and cathars meant to ward them off, and rotting ghouls mounting a siege on the very walls of Thraben. The balance has been lost. Old memories resurface, and the ancient vampire draws his sword under the light of a grim moon. All this was not meant to be.

Sorin Markov was one of three Planeswalkers who trapped the Eldrazi on the plane of Zendikar thousands of years before—the other two being the Lithomancer and Ugin, the spirit dragon. Now that the Eldrazi have awakened once more, Sorin is on a mission to reunite with these planeswalkers. But the Lithomancer's whereabouts are unknown, and Sorin has not encountered Ugin for over a thousand years. In an attempt to track down Ugin, Sorin has traveled to Tarkir, where the spirit dragon formed an important part of the planar ecosystem.

Although Ugin was native to Tarkir and a source of powerful magic on the plane, the dragon was killed long ago. With Ugin dead and the Lithomancer still missing, Sorin may not have a chance to trap the Eldrazi again. 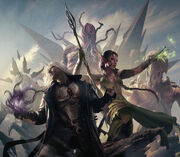 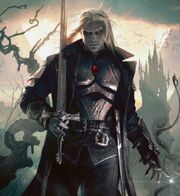 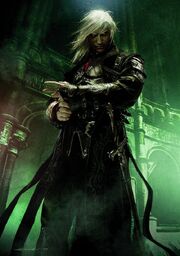 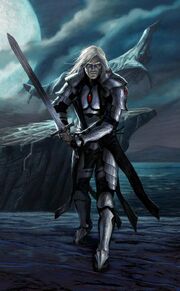 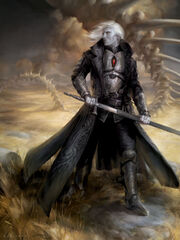